CeBIT is the largest trade show dedicated to information technology in the world, with an area of 450,000 m2, which is larger than its Asian counterpart and also the now defunct COMDEX, formerly held in Las Vegas. In 2011, CeBIT had 339,000 visitors.

With its presence at the trade show, Eurotux intends to expose some of their products, resulting from joint R&D projects, as the virtualization software ETVM and the application servers’ platform ETASP, as well as its range of integration services and system administration.

The fact that Brazil is “Partner Country” of this year’s event only increases its strategic importance, since after Mozambique, Brazil will be Eurotux’s next internationalization destiny. 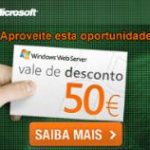