The format of the event includes the participation of a number of companies and institutions that promote and exhibit its products and services, for a day in a casual format. At the same time they have also the opportunity for networking between the numerous exhibitors and attendees.

The aim is to bring entrepreneurs together, so that they can exchange views and information on the Mozambican economy, opening doors to new business opportunities. Accordingly, and with prior registration at the event, a document is provided listing all companies and institutions, and its contacts, thereby encouraging scheduling meetings between the interested parties.

The event featured more than 125 exhibitors, representing a growth of over 25% compared to last year’s edition which featured 97 participants. The number of visitors exceeded 1500, 500 more than in the last edition.

ITMZ’s stand was visited by numerous participants, and the event provided an excellent opportunity to promote the differentiation and paradigm shift that the company intends to introduce in the Mozambican market: the provision of IT infrastructure related services, not as an extra associated with the purchase of any equipment and/or software, but as a principal activity.

ITMZ, a Mozambican company that operates directly in Mozambique, and of which Eurotux is a partner, exclusively represents Eurotux’s services and solutions in Southern Africa. The presence at this event, which Eurotux already participated in 2011, strengthened the internationalization effort that the company is making, emphasizing, in particular, the focus on the Mozambican market. 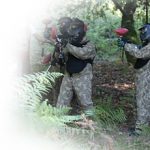 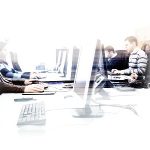 Because our clients’ opinion matters!