Meteo.pt ranks as the most popular Portuguese government website.

The www.meteo.pt portal, having recently changed its domain name to www.ipma.pt, obtained the highest number of individual users among Portuguese governmental websites, also ranking first in total number of page views, and time spent online by web-surfers for 2012.

Between January and November, the website received 2.4 million individual visitors, leaving the government’s Social Security website far behind in a distant second with 1.4 million users.

The link between Eurotux and the Meteorology Institute

Although not having developed the website itself, Eurotux is responsible for managing the infrastructure necessary for its operation, particularly its servers. While a few years ago, the website was installed on dedicated physical servers, presently there is a strong shift towards virtualization. As a result, Eurotux is currently implementing the Nuxis solution, to manage virtualization for these servers.

The team at the IPMA, possesses an internal monitoring center, where as well as monitoring non-IT equipment, the Eurotux monitoring solution was also installed. Additionally, this center is monitored by Eurotux via remote access.

Eurotux permanently monitors, manages, and optimizes, so that the website’s availability and performance is never compromised, even during moments of heavy usage. The company cooperates with the IPMA in development, having implemented the intranet used by the institute and all its branches on the Portuguese mainland and islands, as well as several other projects. 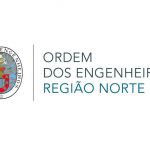 Computer Engineering practices for the Order of Engineers 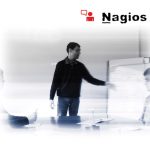