At a time when more and more people need help in getting proper nourishment – the Food Bank of Braga alone has 30 to 50 institutions on a waiting list to receive food – a nationwide food drive organized by the Portuguese Food Bank will take place during the first two days of June.

In order to contribute to the community and involve its workers in this initiative, Eurotux supports this campaign in two ways: on the one hand, gathering food (rice, pasta, cookies, canned items, and others) at its facilities in Braga during the month of May. At the end of the month, the company will double the received donations and deliver the total amount to the Food Bank. On the other hand, Eurotux will also contribute with 20 Euros for every hour of volunteer work that its workers contribute for this food drive, in the food bank or in supermarkets.

Be sure to take part by volunteering, in Braga or elsewhere in Portugal, and by handing out food on June 1 and 2.

As well as this initiative, the Food Bank Against Hunger, has an ongoing online campaign (running until June 9) and starts a voucher campaign “Ajuda Vale” on June 1. 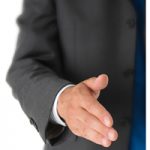 Cut costs on your IT infrastructure 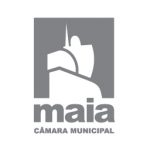 Municipality of Maia continues investment in technologies implemented by Eurotux