News made public by the media in recent months, has revealed a scandal of global proportions. A secret electronic surveillance program, called PRISM, set up by the NSA (National Security Agency, of the United States of America), had been monitoring all sorts of online traffic (encrypted and others), in a possible violation of electronic message privacy.

Although currently, it isn’t possible to decrypt traffic in real-time, this violation of privacy may occur, since the decoding of this data may be possible in the future. This is so, because messages are encrypted according to a key that once discovered, can be used to remove encryption of past content. To avoid this illegitimate intrusion, Eurotux has integrated a new feature in its eMail Exchange, through Perfect Forward Secrecy (PFS) technology.

This technology allows for the creation of a temporary key for the encrypted conversation, after which, it will not be reused. As such, even if the main encryption key is acquired, it will not be possible to acquire the temporary key, since it will have been discarded.

In this new version of eurotux eMail Exchange, all email traffic that the Eurotux system receives, filters and sends to the client’s final email servers, will be encrypted (as long as this is permitted by the other servers), using PFS technology. With this method, even if third-parties obtain the encryption key, they will not be able to view the email’s content.

This protection as been applied to systems and is completely transparent for users. The process is automatic, and established for each email exchanged, between the sending and receiving email servers, increasing the security and privacy for email traffic.

The eurotux eMail Exchange, is a spam and virus filtering system, with a quarantine area, and based on cloud, that protects users’ IT infrastructure, thwarting dangerous emails. 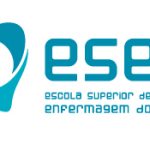 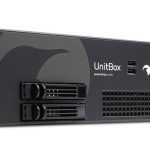