More and more Portuguese companies are defining investment strategies for Mozambique. Foreign investment in Mozambique continues to increase, and according to the IMF, it was the nation with the seventh largest growth in GDP (7.9%) from 2010 to 2011 and is in fourth place in projections for the period between 2011 and 2015. The country is attractive for Portuguese companies, which by sharing the language, possess a competitive advantage in approaching the Mozambican market.

Eurotux is a company with presence in both countries. It operates directly in Mozambique, through its subsidiary ITMZ, which has its own team and specific resources, also using resourcing provided by Eurotux, remotely or by on-site access. The number of Portuguese companies with businesses in Mozambique has increased, and Eurotux has assembled a client portfolio of referential companies and institutions, such as, SabSeg Mozambique, Britalar Moz, the Elevogroup and the Portuguese School of Mozambique, among others.

Eurotux provides access to a variety of integrated services and technological solutions for companies that operate in more than one location:

Special campaign offering an IT infrastructure analysis and backup service

Eurotux is developing a campaign focusing on Portuguese companies with businesses in Mozambique. The campaign involves the offer of an IT infrastructure analysis and the off-site backup service, the eurotux eBackup, until June 30, 2014.

The offered services have had particular success with companies that operate in more than one country. With this campaign, Eurotux aims to promote security and cost reduction, presenting competitive solutions in order for companies to develop their internationalization process with the necessary technological consistency. 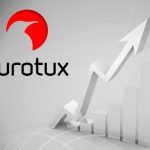 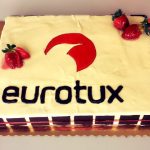