Portugal’s economic climate remained negative in the past year with increasing challenges for businesses. Fiscal reforms and new austerity measures continued to daunt the Portuguese business community, which nevertheless, has reinvented itself, driving economic development and contributing so that the country may break away from recession and towards recovery.

In 2013, Eurotux continued to guide itself by its core values: security, reliability, transparency, knowledge and innovation; and carrying out its activity with rigor and dedication, allowing it to announce a 12.5% growth in business revenue in relation to 2012. The forecast for total revenue in 2013 exceeds two million Euros.

It is with satisfaction that Eurotux presents these provisional figures that reveal its contribution to the national economy’s recovery trend. These results further consolidate the company’s policy for continuous improvement and enable Eurotux to channel growth towards sustaining development, reaching higher goals in 2014 and advancing its own business along with its client’s as well, whose trust is very much appreciated. 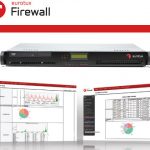 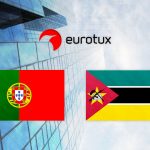