More than twenty Portuguese and multinational companies participated in the XII Jornadas de Informática – JOIN’14, which took place during 25 and 27 June Gualtar Camus, in Braga Portugal. The event included several conferences, tournaments, cultural activities and a jobshop that sought to recruit 150 senior students and recent graduates in field of IT.

The first day dealt with the inescapable matter of IT security, user privacy and related legal issues. The second day covered the Internet of Things, debating the inherent technical and societal challenges underlying the observable tendency towards the network connection of an ever greater number of common objects of daily use, constituting an estimable multi-billion market within the near future. The third day was dedicated to new transaction methods, digital currency and its implications for the economy and the sovereignty of states. In keeping with the tradition of including practical sessions, the beginning of each day was dedicated to programming workshops for mobile devices and web.

“Fortunately, the job offers we’ve received outnumber our students. In Braga our available undergraduate and master’s degrees in IT has registered a scenario of full employment”, asseverated Professors António Sousa and Victor Fonte, from the IT Department. “This is due to the reputation of IT degrees of the University of Minho, developed during recent decades, the vitality of the surrounding industry and the constant recognition of the quality and versatility of the professionals trained here”, they highlighted. “The undergraduates and masters in IT Engineering and Computer Science, have on the other hand, fostered an increasing number of business projects, with the support the IT Department in Braga”. They also add that “society is increasingly rooted in IT”, and therefore the tendency is to sustain current levels of demand, even when being faced with a more challenging economic environment.

Eurotux’s presentation was conducted by Ricardo Oliveira, Director of Consulting Services at Eurotux, for whom “the invitation to take part in the panel of speakers was accepted with pleasure. As businesses increasingly depend on technology, IT security becomes a critical element. It’s important that the next generation of IT professionals is made aware of this fact. Eurotux has provided consulting services and implemented solutions in the field of security to several clients; furthermore, we’ve come across cases that have requested us to actively protect infrastructures, because they had been targeted by attacks. The existence of technology, practices and appropriate teams is crucial and can make the difference between success and failure. Conveying the experience gained over the years to younger people that are beginning their careers and to other companies in the area is an interesting experience. The audience was attentive, interested and very participative”.

JOIN’14 is promoted by the group of undergraduate students in IT Engineering (CESIUM) and Computer Science (NECC), under the guidance of the IT Department. The program will dedicate mornings to technical, scientific or tutorial sessions. 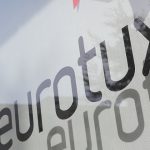 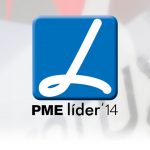