La Redoute is one of the world’s largest mail-order sales companies, operating in more than 20 countries. Monthly, its online shops receive millions of visits from consumers interested in the clothing and decoration items it sells, which makes the proper functioning of its web infrastructure immensely important.

Eurotux’s and Le Redoute’s relationship began in Portugal, through Redoute (ex-Redcats), as the entity responsible for La Redoute International’s operations. It began with sporadic training that served as a starting point for a solid collaboration and was enhanced by 24×7 support and maintenance for an Information Technology (IT) infrastructure that supports services in Portugal.

Recently, Eurotux integrated a team responsible for managing La Redoute International’s web infrastructure, placing its know-how at the company’s disposal, supporting it in decisions in which it has less knowledge. As well as the commitment and the important help that Eurotux has provided the international organization with, the capacity to work in environments where interoperability between different solutions is an essential factor, was also crucial. The infrastructure is hosted on two datacenters in France and is made up of tens of servers that provide heterogeneous environments, namely, Linux, Oracle, IBM and Microsoft.

This project strengthens Eurotux’s position as a specialist in the field of systems integration and administration, complementing clients’ internal teams and granting them the skill needed to use technologies that add value to their business. 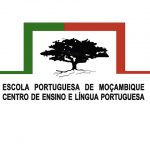 Portuguese School of Mozambique modernizes its IT infrastructure 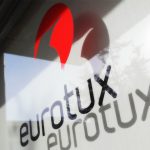 Eurotux broadens its range of services for the Azorean market