Portuguese School of Mozambique modernizes its IT infrastructure

The storage system, implemented by Eurotux, enhances access speed to the data stored on the Information Technology (IT) systems, increasing the performance of the datacenter’s IT services, streamlining interaction between different centers and supporting the EPM-CELP in achieving its educational mission.

The implemented solution is based on an IBM V3700 storage and the Nuxis system. The V3700 strives for efficiency and flexibility, offering high capacities for a system of its class. Nuxis is able to centralize IT services management, namely, the management of physical and virtual machines, networks and storages. The solution has largely increased the storage capacity, data access speed and security. Additionally, Eurotux provides support for the solution’s management and monitoring of the services quality.

The company has worked with the EPM-CELP, providing support and operational maintenance, as a fundamental partner of the institution’s IT Department.

The Portuguese School of Mozambique – Portuguese Language and Education Center (EPM-CELP) positions itself as a significant driver in implementing a policy of cultural and educational cooperation in Mozambique. It was created by the Portuguese Government in the context of the Accord for Bilateral International Cooperation, agreed to and signed by the Portuguese Republic and the Republic of Mozambique on July 28, 1995, in the spirit of the Agreement for General Cooperation (Decree n.º 692/75 of December 12) and the Agreement for Cooperation in Education, Scientific Research and Staff Training (Decree n,º37/90, of September 5), currently in force between the two states.

The EMP-CELP is owned by the Portuguese government, having commenced its activity in the 1999-2000 school year, having been granted legal existence and cultural, pedagogical, administrative and financial autonomy, as well as its own assets. 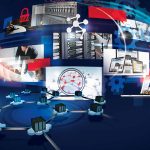 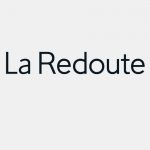