Eurotux’s workers continue to show their spirit of solidarity

For the third straight year, Eurotux has issued the challenge while its workers have positively responded. During the campaign on the last weekend of May 2015, the amount of food goods collected by the company reached the levels of previous years, but with more hours of volunteer work by its workers.

The campaign’s format remained the unchanged. Eurotux doubled the amount of collected food goods and proceeded to make a financial donation for every hour of volunteer work put in by its workers in shopping malls or warehouses.

This year, Eurotux’s employees were particularly determined to the needs of the youngest. A large portion of the donated food goods were for babies and children.

The company congratulates its employees for their demonstration of solidarity that year after year, has contributed to the campaign’s success.

Nationally, more than 2100 tons of food goods were collected. The campaign involved more than 42 thousand volunteers and roughly 2000 retail outlets. The figures represent a 3.9% increase from the previous year’s campaign.

About Food Bank Against Hunger

The Food Bank Against Hunger is a Private Social Solidarity Institution that fights against the waste of food goods, forwarding them to those in need for free. It is a goodwill organization bringing together the efforts of volunteers in order to mitigate hunger affecting certain regions. 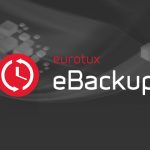 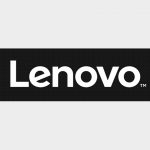