In 1991, the creator of Linux, Linus Torvalds, announced in a Usenet newsgroup that he was developing an open operating system (OS) and that he would like to know the features that most people would want the system to have. At that time, the OS was merely a hobby and wasn’t meant to be anything big or professional.

24 years later, Linux has taken on a crucial role on the global stage of Information Technology (IT). By the end of 2014, 97.2% of the 500 most powerful supercomputers in the world had Linux running as their OS. During that year, 81.5% of the smartphones sold globally, used Android, an OS based on Linux, while about 96% of the first million web servers in the Alexa ranking were using Linux.

Linux is also used in some of the largest and most successful companies in the world, namely, Google, Twitter, Facebook, and Amazon, which use it to innovate their products and services.

Since its very beginning, Eurotux has based its activity on open, reliable, and flexible solutions, with a high level of interoperability. Linux is at the foundation of many of these solutions.

The term Linux designates operating systems that were based on the nucleus created by Linux Torvalds in 1991. Linux is recognized as the flagship of open source development worldwide. It serves as the basis for several free software that by definition, are less expensive than proprietary systems on the market.

Linux is being increasingly used for large servers, mobile devices and applications. As such, the same OS is present transversally in several platforms and frameworks, with enormous advantages in terms of development, interoperability, and scalability.

There are several versions of Linux, commonly known as distributions. Among the more popular ones, there is Red Hat Enterprise Linux (RHEL), CentOS, Fedora, SUSE, Debian, and Ubuntu. Each distribution has its own advantages and by choosing one of them you should consider the environment they will be installed on. Then the main concern is stability, Debian RHEL or SUSE are the common choice. For more generic uses, Ubuntu or Fedora are more appropriate.

What are the advantages of using Linux?

It’s free and open source. It can be downloaded for free. Any person with the necessary knowledge, can contribute to improving the system, submitting suggestions that will evaluated by the Linux development team.

Stability and robustness. Uptimes for systems that use Linux are generally greater than those that use Windows, requiring reboots more often for installing new patches, updates, etc. A Linux server can remain operational for years without requiring a reboot. Additionally, when an application fails on Linux, it is unlikely that its failure will affect the OS performance.

Security. Linux is renowned for having less security problems than Windows. The source-code is audited by a vast community of developers, reporting on failures they find and submitting patches.

Development speed. Linux’s rhythm of development is unparalleled. Every three to four months a new version is released with updates and/or new features. Other proprietary OS can take several months, or even years, to release new versions.

Versatility. With thousands of applications and free tools, it is possible to use Linux for several purposes. Additionally, it works the same way in small system, such as smartphones, or even larger systems such as mainframes.

Support and documentation. There are countless forums and websites that document the main problems and provide great chances of obtaining quick answers. There are also companies, such as Eurotux, that provide support and maintenance services.

Linux cuts costs and increases the evolutional capacity of company’s IT sectors. It is an option worth considering when planning an IT infrastructure.

Fully aware of the advantages of using this technology, Eurotux is a pioneer in the adoption, integration and development of solutions based on Open Source technologies such as Linux, which provide cost-reduction, security, performance, quality and adaptability to every development project. 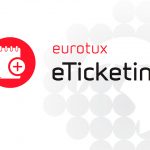 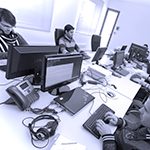 Systems Administration: a crucial area for any business