Eurotux considers it is important to keep up with the evolution in order to remain a step ahead of possible shifts and inform its clients on the future of the Internet. For this reason, it took part in the latest Réseaux IP Européens (RIPE) meeting, held in Bucharest, Romania, on November 16-20, 2015. The meeting brought over 500 participants together. Those who weren’t able to physically attend the event were able to participate via webcast.

Network operators, Internet service providers (ISP) and other types of participants were able to interact and develop their network of contacts among the community. It was a fulfilling event, with debates focusing on several issues concerning the technical development of the Internet, such as the policies and procedures used to allocate resources.

RIPE supervises the allocation of Internet resources, such as IP addresses, of one of five global regions, where Europe is included. The RIPE meetings occur twice a year and are held for five days in a format that is open to the public.

RIPE is a non-governmental organization with an international scope. It was created with the aim of sustaining and developing the Internet and its unique characteristics. 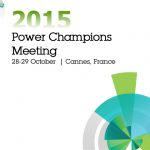 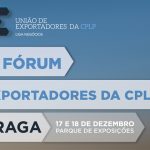