IBM held an event for business partners at its Centre for Technological Innovation, in Tomar, Portugal, last December 13th. Participants had the chance to get to know one of IBM’s nearshore centres in Portugal. The event also represented a significant opportunity for networking. Eurotux was one of the invited partners and was represented at the highest level.

The Centre for Technological Innovation of Tomar, was inaugurated in 2013, in the scope of IBM Portugal’s 75th anniversary. It has excellent physical and digital infrastructures and provides expertise in the IBM Power segment, among others, to which partners can resort to add value to their customers’ projects.

Currently, it has over 300 workers, highlighting IBM’s investment in development and support for Power systems, and their market acceptance.

IBM Power systems are recognized for their superior performance and reliability. They are gaining more and more traction in profession environments and on the cloud. Specifically, the technological giants, Google and Rackspace, are developing a server based on the IBM POWER9 CPU, in order to reduce its dependency on a unique chip supplier, Intel.

This project resulted in IBM’s openness to providing its technology openly, through the OpenPower foundation. This foundation allows for collaborative development and opportunities for differentiating its members. Its goal is to create an open ecosystem for sharing knowledge of POWER, in order to address the constantly evolving needs of customers and the industry itself.

To learn more about IBM solutions, get in touch with Eurotux. 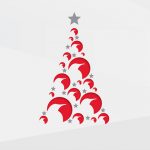 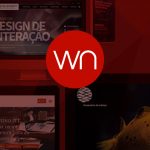