Eurotux recognized as a 2016 SME Excellence

The IAPMEI has published the global list of companies with 2016 SME Excellence status. Eurotux is among the distinguished companies, having been acknowledged again for its economic and financial solidity, and strategic management guided by competitiveness and sustained growth. The company adds this award to the previous ones granted in 2009, 2010, 2011, 2012, and 2014.

This distinction is the result of the rigor and professionalism with which Eurotux operates on the market, actively contributing to strengthen competitiveness.

The SME Excellence status, is awarded to small and medium enterprises that present above national-average ratios of financial solidity, high levels of competitiveness and that manage to create wealth and jobs in their regions.

In the 2016 edition, the award was granted to 1786 companies, as a consequence of their improved performance and risk profile in comparison to 2015.

To learn more about Eurotux, visit our website’s “company” page. 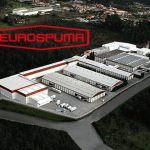 Eurospuma renews its IT infrastructure 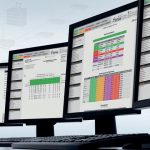