Last May 16th, Eurotux held the second “Eurotux Ecosystem” at the National Press Museum, in Porto, Portugal. The event is organized by Eurotux, with the goal of presenting its customers the trends and innovations in several areas of information technology (IT), namely, in servers, storage, security, monitoring, disaster recovery, and business continuity.

The Eurotux Ecosystem 2017’s theme was “IT Monitoring: a clear vision of your infrastructure”. Among other issues, IT infrastructure monitoring technologies and solutions were debated, and success cases of national companies of reference that implemented projects in this area were also presented.

In total, in attendance were 88 IT professionals, CIO, directors, and administrators, among other top managers from several organizations, representing 44 companies from several sectors of national and international industry. The program finished with stand-up comedy, provided by the famous Portuguese comedian, João Seabra, followed by a Cocktail & Networking.

Photos of the event can be viewed at the Eurotux Ecosystem website.

The final assessment of the Eurotux Ecosystem 2017 was very positive. About 97% of respondents to a survey, stated that the issues were relevant to their activities, and 98% replied that they would be take part in future events.

To learn more about the contents discussed at the event, get in touch with Eurotux. 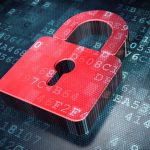 What is ransomware and how do you protect companies from this threat? 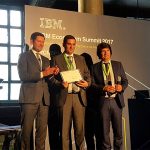