Eurotux’s performance was recognized, once again by IBM. This time, the company awarded Eurotux the prize for “Partner of the year in infrastructure”.

The award was accepted by António Luís Sousa, Eurotux administrator, during the National Conference for IBM Business Partners, held on May 17th, in Lisbon, Portugal.

During the event, IBM shared its channel strategy and presented several solutions, namely, in the areas of cloud and cognition, as well as recognizing other partners that stood out in 2016.

IBM and Eurotux: a growing partnership

Eurotux and IBM have been partners for several years, but it was in the last three that the companies have strengthened their relationship. In addition to the business volume and number of implemented projects, the partnership’s success and the evidence of the singular relationship between the companies reflects as well in other areas.

IBM and Eurotux work together to implement innovative projects in Portugal, namely in integrating open source technology in IBM Power systems, such as Linux on Power, which can host services that were previously dispersed among several systems, onto one IBM Power machine.

At the beginning of the month, IBM invited Eurotux to give a talk on the use of open source technology to monitor IT infrastructure, in an event held in Malaga, Spain.

Last May 16th, Eurotux organized the Eurotux Ecosystem, an event for partners and customers, with the support of IBM, which had a strong participation from customers that selected IBM technologies for their infrastructures.

As well as IBM technology, the know-how that Eurotux has in other areas, namely, Intel, allows the company to approach IT infrastructure renovation from a new perspective, sharing and optimizing resources, and interconnecting different platforms. Consequently, data center operations are minimized, adding security and redundancy to systems, reducing the costs of managing and maintaining infrastructures.

To learn more about IBM infrastructure solutions, get in touch with Eurotux. 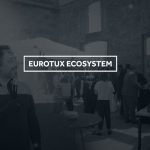 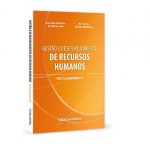