Probos invests in Eurotux’s IT operations, support, and maintenance services

Probos, one of the world’s largest producers of plastic edging for furniture, has upgraded and strengthened its partnership with Eurotux, with whom it has been working for more than 6 months, in terms of operational support and maintenance services.

Eurotux will support the company in managing its internal information technology (IT) infrastructure, in order to optimize and get the maximum benefit. Likewise, Probos will have access to a highly qualified systems administration team.

Among other services, the contract includes the system’s global monitoring, preventive interventions for updates and corrections, and responses to contingency situations. Additionally, Eurotux will perform optimizations for the IT infrastructure, including the enhancement of IT security, namely in terms of usage policies, and migration of Microsoft Office to Office 365, among others.

Ricardo Oliveira, Director of Consulting Services at Eurotux, highlights that the company “is very satisfied with the relationship with Probos”. “In general, the reliability of Probos’ IT infrastructure will evolve favourably”, he added, believing that the relationship between the organizations will develop solidly in the long run.

Probos joins a set of companies of national and international proportion, such as La Redoute, Yves Rocher, Intraplás, Unicol, FUCHS Portugal, and Cork Supply, that rely on Eurotux’s technical support.

To learn more about operational support and maintenance services for IT infrastructures, get in touch with Eurotux.

Probos – Plásticos, S.A., operating under the name of Proadec, is a global producer of thermoplastic edgings in ABS, PVC, PP, and PS/B for the furniture industry. It currently employs over 450 workers in two continents. Its production and distribution centres are located in Portugal, Germany, Brazil, USA, Mexico, and United Kingdom. Headquartered in Vila do Conde, Portugal, Probos has a global distribution network that enables close links between producers and users. It has sales in over 65 countries, with 90% of national production being exported to five continents. 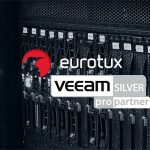 Edit Value renews contract with Eurotux for IT infrastructure management