The Municipality of Barcelos earned the 2017 Openness Award, which is awarded by the Association of Portuguese Open Source Software Companies (ESOP), to distinguish entities that stand out in their use of open source technologies. This award recognizes the municipality’s investment in administrative modernization of services, with the technical support of Eurotux.

The 2017 Openness Award was given during the Open Source Lisbon, the largest open source technology event held in Portugal. Barcelos’ City Hall, competed for the award with the Portuguese Mint and Official Printing Office, and with the Portuguese Justice system’s Institute of Financial Management and Equipment, illustrating the level of accomplishment attained by the Municipality of Barcelos in using open source technologies.

The City Hall of Barcelos, has focused on the administrative modernization of its services, relying on the technical experience of Eurotux, having implemented some of the projects that earned it this distinction, namely the Barcelos Agenda, a digital platform for promoting events and activities, for the City Hall, associations, and other institutions.

Another open source based project that relied on Eurotux’s collaboration is the e-Urbanism, an online platform that allows online access to urbanization projects and submission of new documents. It also allows you to use the digital certificate of the Portuguese Citizen’s Card, assuring the process’ authentication, according to the best practices of public administration.

The Municipality of Barcelos is at the avant-garde of administrative modernization, with digital projects that bring the City Hall closer to its citizens. The investment in open source technology also allows for cost reduction, since it does not require the purchase of software licenses.

Eurotux is happy in congratulating the Municipality of Barcelos for the award and for the visionary strategy, thanking the confidence it continues to place in the company’s professionals, in order to carry on the path of digital modernization. 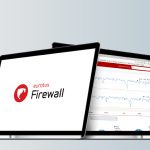 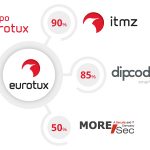