In its latest participation in the Web Summit, Eurotux had the opportunity to strengthen its collaboration with customers and business partners, establishing privileged contact and building bridges for future projects. The technological event, held in Lisbon between November 6th and 9th, also demonstrated the success of Dinheiro Vivo, a Eurotux customer, and the official media partner of the conference.

The Dinheiro Vivo website, which was implemented by Eurotux’s Web Development team, Dipcode, responded with high availability and speed to the considerable demands of covering a media event, such as the Web Summit.

During the four days of the technological conference, one of the themes that was focused on was the General Data Protection Regulation (GDPR), with Microsoft president, Brad Smith, pointing out that it is “a step forward”. “The GDPR will become a model for all companies, as to how to design their data privacy architecture”, stated the head of the Eurotux partner.

Several renowned companies, including other Eurotux partners, used the event in Lisbon to present the latest projects they’ve been working on. Cisco’s director of technology and innovation, Susie Wee, highlighted how their development program, DevNet, is supporting the integration of new software, aiming to promote greater interaction between applications and infrastructure. The CiscoDevNetzone space, with workshops, training labs, clarification sessions, and demonstrations, was one of the most frequently visited at the Web Summit.

IBM’s Watson PhotoBooth, was another of the event’s successes, allowing those who dared, to capture an image of their personalities. Eurotux’s team joined hundreds of people that experimented the tool that functions through a cloud based cognitive system. Cognitive Computation was one of the issues in Chitra Dorai’s intervention, IBM’s CTO for Cognitive Services, a company to which Eurotux is a Gold Business Partner. IBM’s Master Inventor highlighted how the new paradigm is being implemented in all of the technological giant’s projects, from front office to mid office, and including back office and customer support.

Artificial Intelligence (AI) was the Web Summit’s main focus, featuring the robots Sophia and Professor Einstein. The conference opened with the British physicist Stephen Hawking, defending the creation of AI control mechanisms, to better control the risks that it implies for mankind.

For now, we can wait for 2018 for the next edition of the Web Summit in Lisbon, with the guarantee that innovation and digital transformation will continue to change our world… and for the better, as we all hope. 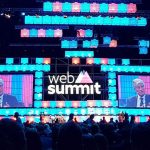 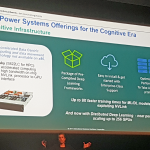