Eurotux took on the project of updating and improving the Information Technology (IT) infrastructure for the Agricultural Cooperative of Barcelos, Portugal (Agribar), the largest dairy producer in the country, bringing together 355 producers representing a total production of 149.5 million litres of milk.

Founded in 1931, the Agricultural Cooperative of Barcelos “is an undeniable economic and social force in the municipality of Barcelos”, whose mission is to “address the economic, social, and cultural needs of farmers”, as highlighted on the Cooperative’s website. With a strong and dynamic presence, close to its associates, Agribar intervenes in training and communication, organizing several events, as well as socially, with the communities where it operates.

Following a path of continuous growth that characterizes more than 80 years of its existence, Agribar decided to invest in the optimization of the processing and data storage capacity of its Information Technology (IT) system. It was in this context that the Cooperative relied on the Eurotux’s collaboration, in order to improve the management of information of its daily activity, and to optimize conditions for security and service availability.

After having invested in an Intel infrastructure in early 2017, at this phase Agribar decided to strengthen its capacity of internal information management, acquiring an IBM System POWER8. Being implemented by Eurotux, the POWER8 infrastructure allows you to keep the production environment and create a new quality and testing environment, which are increasingly necessary considering the frequent changes imposed by an ever-changing market. The intervention promoted the integration of several services that existed separately, simplifying and facilitating information retrieval.

The project, having relied on the intervention of Eurotux’s professionals, also included the acquisition of an IBM Storwize V5010 storage, with redundancies at several levels, which support several Intel, POWER8, Microsoft, Linux, and IBM i machines, coexisting on the same environment. Two IBM SAN Switches were also purchased, with 24 doors each, guaranteeing a solution with high availability and capacity for growth.

With professionals that are used to implementing solutions according to their customers’ needs, Eurotux helped to improvement the daily management of Agribar, fostering the productivity and availability of its IT infrastructure.

If you’d like to improve the quality of your IT services, don’t hesitate to get in touch with our sales team. 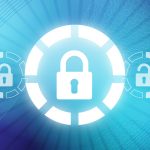 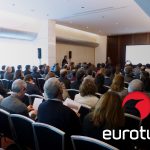 Full house at the Eurotux briefing event on GDPR