Eurotux Group completes 18 years with its best results ever

It was in February of the year 2000 when it all began, with the birth of Eurotux. 18 years later, the Eurotux Group recorded the best financial results in its history, with 3.8 million Euros in revenue. This 15% growth in revenue for 2017 was achieved in a year that came with plenty of good news for the Group.

In the first six months of 2017, the Eurotux Group had already recorded the best semester in its history. The final results for the year the only confirm the company’s sustained growth, which has focused on international expansion and diversification of its business area. As a result of this focus, we’ve seen the autonomization of Eurotux’s Web Development unit as a new company, Eurotux Dipcode, which has affirmed itself as a strategic technological partner.

Within the scope of Information Technology Security, and in a year marked by considerable challenges and problems caused by ransomware attacks, MORE Sec was also born, as another Eurotux Group company, resulting from the collaboration with the Brazilian company, Picture. As such, the Group has solidified its international presence, maintaining its branch office in Mozambique, the ITMZ – Serviços e Soluções, with its own specific team and resources, and a portfolio of customers of reference, active in fields ranging from the banking sector to transportation.

Eurotux, the Group’s company specializing in planning, integration, and implementation of IT systems, has achieved IBM Gold Business Partner status, a certification that recognizes the effort in providing a service of excellence, continuously improving skills, and in satisfying customers. The combined strategy with IBM has also contributed to the Group’s great financial results.

“This acceleration in business reflects the trust that customers continue to devote to the company”, considered the Eurotux Group’s administrator, António José Coutinho. “In a highly demanding and very competitive field, the Group’s companies have affirmed themselves by effectively addressing the customers’ needs and problems, thanks to the highly qualified human resources, and a persistent focus on innovation”, he added.

In the immediate future, the Group intends to remain committed to its global strategy, with the diversification of services, streamlining the solutions provided to the ever-changing and increasingly challenging market. 2018 is expected to be “another year of sustained growth”, stated António José Coutinho, emphasizing as milestones “fostering profitability” and “strengthening the position” of the Group’s several companies. The road to the near future also includes “maintaining the good relationship with the customers that continue to rely on the Group’s professionals”, concluded the administrator. 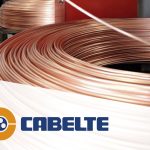 How Sophos Synchronized Security helps to comply with the GDPR