Sophos has just released the new version of the Intercept X that introduces the incorporation of deep learning technology, with the goal of increasing malware detection rates. An update that asserts Intercept X as the most complete endpoint protection on the market.

Version 2 of Intercept X is capable of raising levels of security to higher standards, thanks to the fusion of deep learning with endpoint security tools from the Sophos solution’s first version. This updated Intercept X detects malware with the help of neural networks and deep learning, an advanced for of machine learning that makes precise and rigorous forecasts at a greater speed. Additionally, it also reduces the number of false positives and detects known and unknown malware, without relying on signatures.

Deep learning technology prepares the Intercept X to analyze and categorize data in a particularly precise way, enabling the processing of hundreds of millions of samples – in comparison, the previous version was able to process tens of millions, as noted by the vice-president and General-Director of Product at Sophos, Dan Schiappa.

Neural networks analyze an immense and increasing number of characteristics, from the size of files to function calls that may indicate malicious intent. Thanks to deep learning, Intercept X can organize a data base of millions of samples without having to receive indication on what it should measure or consider – since it learns and evolves along with the detected threats.

Precision, performance and malware blocking capacity are the main virtues of the new Intercept X, included in the range of tools recommended by Eurotux to help comply with the GDPR – General Data Protection Regulation.

The solution includes innovations in protection against ransomware, thanks to CryptoGuard technology, and strengthens precautions against exploit, improving the mitigation techniques against threats, especially in protecting against the theft of credentials. It also includes the capacity to detect hidden code in applications, and impede that a lower privilege process can be scaled to a superior privilege. It is also stocked with measures to avoid the malicious use of PowerShell from browsers.

Intercept X is the most complete solution on the market

Dan Schiappa highlights that the Intercept X is the only product in the world that combines, into a single solution, deep learning with malware and exploit action blocking, along with protection against ransomware.

It also has the advantage that it does not require you to change your antivirus, since Intercept X can be installed in tandem with the existing endpoint security software, regardless of its supplier.

Other advantages include the centralized management in Sophos Central, and integration with the Sophos XG Firewall, which assures a more efficient protection, thanks to the Synchronized Security capability.

This new Intercept X was developed by taking advantage of the know-how of the professionals that headed the Cyber Genoma program at DARPA, the Defense Advanced Research Projects Agency of the USA, which worked to find the cybernetic equivalent of DNA or digital fingerprints, to detect malware and cyberattacks with the same precision as a criminal investigator.

The solution was enlightened by the concept of Predictive Security that Sophos has implemented in its development strategy for new and more potent solutions, to address the threats and the challenges of the present and future, in the area of Information Technology Security. The idea essentially involves acting before the attacks occurs, allowing you to timely prevent negative effects, and intervene in a concerted manner against threats.

Eurotux is a Sophos Platinum Partner, and can present the most competitive proposals on the market to your company, as well as provide specialized sales support. Get in touch with our sales team now, to learn more. 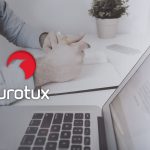 Eurotux provides recordings of the webinars on IT Security