Unicol – Union of Dairy Cooperatives of Terceira Island, the largest cooperative organization of the Azores Islands, renewed its Intel infrastructure with Eurotux’s collaboration. An operation that improved Information Technology (IT) management processes, enabling the sharing of resources and greater availability, with general gains in terms of cost reduction and increased productivity.

In yet another phase of the partnership between Unicol and Eurotux, within the scope of the contracted support, monitoring, and maintenance services, the Azorean Cooperative created a virtual production environment, with the VMWare vSphere Essentials Plus solution, which was installed on a new Lenovo SR630 server, and on two IBM x3650 servers that previously existed on the network. These servers were connected through Fibre Channel connections, to an IBM Storwize V5010 storage, which was previously available on the infrastructure, and provides disk space for an IBM Power System. All of the previous environment’s virtual machines were migrated to this new VMWare environment, which was mounted with the Microsoft Hyper-V, as well as the management console of the IBM Power environment (vHMC – virtual Hardware Management Console) that was installed on another machine.

The intervention supported by Eurotux guaranteed easier infrastructure management, with the updating of several components, the sharing of resources, and greater availability. Unicol obtained greater efficiency, with evident gains in terms of productivity and cost reduction. But the work doesn’t end here, with future plans for amplifying these capacities. Internal projects have already been established for the installation of a Disaster Recovery (DR) infrastructure, on a location on the Terceira Island that is still in preparations, which may use equipment that is unnecessary for production, but adequate for the DR component.

Unicol continues to optimize its IT infrastructure, in order to keep up with the growth of its activity, maintaining its investment in Eurotux’s personalized services. A collaboration that also demonstrates the effectiveness of remote interventions in IT infrastructures, with not problems resulting from the geographic distance between Eurotux’s and Unicol’s facilities. The mutual trust and satisfaction justify the companies’ relationship, with the certainty that the partnership still has much to achieve.

Contact Eurotux now, to learn more about how we can help your company with IT support, monitoring, and maintenance services. 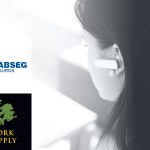 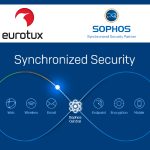 Eurotux is the first Sophos Synchronized Security Partner in Portugal