Eurotux is developing a promotional campaign for IBM Storwize storage solutions at really great prices. It’s an opportunity within the scope of external storage options, which are easy to manage and guarantee high availability. Additionally, they are simple to size, adapting to the growth of a business’ virtual and heterogeneous environments, contributing decisively to the infrastructure’s improvement and global performance, as well as to the reduction of their operational costs.

Within the scope of the IBM Power 9 campaign, which Eurotux is promoting until December 21st, 2018, there is an opportunity to implement two external storage options at very enticing prices. This campaign includes two pre-defined Storwize V5010 configurations, one with 23TB in 1.92TB SSD disks, for 1670 Euros per trimester, and another with 12TB in 1.2TB 10Krpm disks, for 845 Euros per trimester. Both are covered by a three year warrantee as well as the installation and configuration services. Both solutions include compression features, as well as other advanced and easily implemented capabilities, that help control costs as the technological infrastructure grows in tandem with your business’ evolution. Eurotux can present other configurations, tailored to meet each client’s specific needs.

Eurotux’s goal is to promote SSD (Solid State Drive) disks, since they incorporate several advantages in comparison to traditional rotating disks, assuring faster access times, and consequently, superior performance in executing operations. They are also more silent and reduce energy consumption, promoting a greater energy efficiency, as well as presenting a lower failure rate. According to their needs, clients can opt for a solution that is completely based on SSDs or rotating disks, or a hybrid solution, combining both types of disks with an option of using intelligent software, known as Easy Tier, which transfers, in an automatic and transparent way, the most frequently accessed data to the SSD disks.

The family of IBM Storwize solutions, assures the efficiency of managing and data virtualization in several environments, which include IBM Power coexisting with Intel systems. As such, it’s a flexible alternative that allows you to optimize operational costs, maximizing the cost-efficiency ratio. Scalability is another virtue, adapting itself to smaller or larger systems, without interruptions. Additionally, they are easy to customize and update, enabling high availability, superior performance and security, and greater efficiency.

If you detect sluggishness when accessing your system’s disks, if you’re concerned about the growth of your data, if you’d like to integrate your systems into a central and intelligent storage unit, or if you’d like to simplify your storage solution’s management, contact Eurotux to consider a technological renovation of your infrastructure.

Eurotux has implemented IBM Storwize storages for several clients, from different sectors of activity, such as Simoldes, a world leading producer of molds for the auto industry, Plimat, the largest plumbing plastics company in Portugal, Unicol – Union of Terceira Island Dairy Farming Cooperatives, the largest agricultural cooperative in the Azorean archipelago, Fersil, national leader in the production of tubes and plastic accessories, Agribar, the agricultural cooperative of Barcelos, Portugal, and UQ Consult, a management support services company.

Join this campaign now in order to enjoy these offers! Contact our sales team. 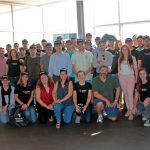