The Odyssey 2018 took place at the Colégio João Paulo II, a private day school in Braga, on September 29th, in an informal setting that strengthened the Eurotux Group’s values and team spirit. Shareholders, administrators, and employees had the chance to share their perspectives on the present and future of the Group’s several companies, strengthening the ties that bind the team’s spirit.

During the morning there were several presentations on the business and financial reality of the Group, featuring the announcement of data that illustrates the global financial health of its companies. The administrators, António Coutinho and António Sousa, communicated a few important instructions, showing how the Group privileges Human Resources and the integration of its employees within the Eurotux family.

The Research and Development team, represented by Nuno Fernandes and Bruno Costa, presented the main currently ongoing projects, as well as the technologies that are being studied. Daniela Costa and Marlene Silva, for the Quality Department, also shared the currently ongoing internal initiatives. Fernando Gomes and Márcio Moreira, for the Technical team, outlined the recently conducted changes and optimizations. There was still time for the presentations of Ricardo Oliveira and Rogério Araújo, from the Consulting Department, on the importance of Customer Management. Lastly, the Group’s companies, Dipcode and MORE Sec, also reported on the work they’ve been doing.

The morning ended with the handing out of gifts to the company’s employees, right after a lunch break. During the afternoon, several sporting and leisure activities helped consolidate the team spirit among the Eurotux Group’s several elements. The day ended with a snack, to satisfy stomachs and strengthen the fraternal bonds among all. There’ll be more next year! 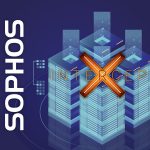 Sophos’ next generation in protection has reached servers 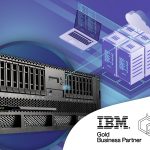