In a partnership between ITMZ, a Eurotux Group company, and the Banco Comercial e de Investimentos (BCI), a Mozambican financial institution, majority owned by the Caixa Geral de Depósitos Group (CGD), and by the Banco Português de Investimento (BPI), the work on migrating the portal known as the “Real Estate Appraisal Management System”, from the CGD’s infrastructures to the BCI’s internal infrastructures, was concluded.

ITMZ addressed the demanding technical requirements (both in terms of resilience, as well as security) of the BCI, developed the necessary conditions for this important service could be provided and directly accessed from the bank’s internal infrastructures, in order to bring it closer, and to strengthen the service’s performance for the respective internal and external users.

The good relationship between the ITMZ/Eurotux, and CGD and the BCI led to the implementation of a pilot project that set up the preparation of the final implementation, then with full autonomy on behalf of the BCI’s technical teams.

Eurotux specializes in web, and in consolidating the security of information technology infrastructures. The projects that involve Eurotux privilege security, contingency planning, and high system availability. ITMZ operates directly in Mozambique, with its own team and specific assets, suited for its market, resorting when necessary, remotely or on-site, to resources provided by Eurotux.

The BCI predominantly develops its activity in the field of commercial banking, namely at fund raising and financial services, to individuals and companies. It has a vast network of over 200 agencies all across Portugal, including Exclusive Centres for individuals and Corporate Services for businesses. 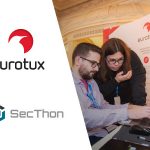 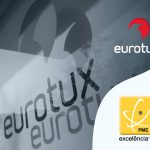