New website for the magazine Activa was developed by Dipcode

The Trust In News Group (TIN) recently launched the new website for the magazine Activa, developed by Dipcode, the Eurotux Group’s web development company. This was yet another project within the scope of the strategic partnership that includes the implementation of a new digital platform of the largest Portuguese publishing group.

Activa’s website is based on a WordPress editorial platform developed by Dipcode and that is gathering all of the TIN Group’s online publications. The challenge included an update of the image of one of Portugal’s most widely known Life and Style magazines, but also an upgrade in terms of technology and the importing of content. One of the project’s main advantages was the speed of execution, since it resorted to the entire existing technological base, within the scope of the TIN digital platform, only requiring small adjustments and evolutions. The platform demonstrates great versatility and is therefore an investment for the future.

Trust in News is the largest Portuguese group in the publishing sector, including publication such as, the Visão, Exame, Exame Informática, the Courrier Internacional, the Jornal de Letras, Caras, Activa, and TV Mais, reaching a readership of 1.7 million, according to data from the APCT – Portuguese Association for the Control of Edition and Circulation, and Bareme Imprensa.

The first step in this partnership between Dipcode and TIN resulted in the development of the digital platform that is hosting all of the Group’s publications, with the implementation of a centralized authentication system that enables access to several sites. Dipcode has also developed the online TIN shop, where subscriptions to publications can be purchased, and has designed and developed the Holofote website, dedicated to the theme of celebrities and television, in partnership with the magazines TV Mais and Telenovelas.

These projects are part of the TIN Group’s global strategy, which is focused on reformulating its online presence, relying on the know how and experience of Dipcode as a technological partner. The Eurotux Group company relies on a team of professionals that, throughout the years, has been involved in several projects in the media sector, handling publications for some of the most important media groups in Portugal, such as Impresa, which controls the Expresso newspaper, and the SIC television broadcaster, and Global Media, owner of TSF, a news radio station, and the newspapers, Jornal de Notícias, and Diário de Notícias.

The mutual trust justifies these collaborations, with Dipcode affirming itself as the right partner on the road to more robust technological solutions that offer better security and usability. 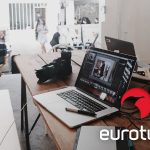 Global Media and Eurotux expanded their collaboration with services contract 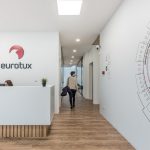 Eurotux 4.0 has arrived (a new life with the usual quality)