The Fernando Pessoa University’s (UFP) domain and file server solution was subjected to an intervention, having migrated from Samba 3 to Samba 4. This project was driven by the need to keep up with technological evolutions, namely at the level of compatibility with new operating systems and the simplifying the management of a growing number of workstations and users.

The old system, based on Samba 3, emulated a component of Microsoft’s Windows NT4, which brought limitations concerning the capacity to manage users and workstations and was incompatible with the latest versions of the Windows operating system.

The new solution delivers considerable gains regarding management and supported versions. Featured among the main advantages: the possibility of defining granular domain policies that can go all the way to user-level; compatibility with the latest versions of Windows (Windows 8.1, Windows 2012, Windows Vista, etc.); graphical management interface that, among other features, enables the creation of rules, avoiding the need to develop specific scripts.

Considering the large number of workstations and users involved, the project began about one year ago and ended last January, having passed two distinct phases.

The project’s first phase, culminated with the update from version 3 to version 4 of Samba for the unit at Ponte de Lima, Portugal. Migration took place during the month of August, the institution’s least hectic time of year. Upon this phase’s conclusion, both systems were in production from August to December. This way, they were tested in real environments while necessary adjustments were made.

Migration for the schools at Porto

In parallel to migration process for the Ponte de Lima unit, preparations were made for migrating the systems of Porto’s scientific-pedagogical structure (School of Science and Technology, School of Human and Social Sciences, School of Health Sciences and Superior School of Health). These units have a considerably larger volume of traffic, being imperative to minimize the impact as much as possible. Consequently, the closest possible time to Christmas was chosen, with the software and data having been migrated in the same week and the go live in January this year.

The Fernando Pessoa University is a renowned institution that privileges and acknowledges the advantages of open source solutions. Among other projects, it implemented an open virtualization platform for applications that allows doctors and students of Dental Medicine to analyse x-rays in digital format.

Eurotux is particularly qualified for this type of projects thanks to its knowledge and experience in Samba 4, resulting from investing in researching the solution and its developments in business environments, causing the least downtime possible.

The Fernando Pessoa University is a private university headquartered in the city of Porto, Portugal. It was established by decree-law n.º 107/96, July 31st, resulting from the integration of the Superior Institute of Information and Business Sciences and the Erasmus Institute for Higher Education. Headquartered in Porto with a unit in Ponte de Lima, it provides 20 undergraduate courses. It provides several training sessions: Technological Specialization Courses, continuous training and specialized courses for adults over 23 years of age. 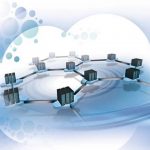 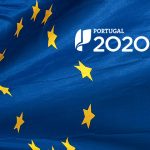