Eurotux is one of the companies awarded with SME Excellence 2018 status, the seal of quality given annually by the IAPMEI – the Portuguese Agency for Competitiveness and Innovation, in partnership with Turismo de Portugal, the country’s Tourism authority, the National System of Mutual Guarantee, and the major Portuguese banks.

The prime-minister of Portugal, António Costa, presided over the gala at the Altice Forum in Braga, on April 17th, where the SME Excellence 2018 distinctions were awarded to the best Portuguese Small and Medium Enterprises (SME). Eurotux was one of the ceremony’s winners, which had in attendance the Minister of the Economy, Pedro Siza Vieira, and the Secretary of State of the Economy, João Correia Neves.

The SME Excellence Award distinguishes companies with the best performances in terms of economic and financial indicators, namely management, competitiveness, job creation capacity, and growth. “These are the companies that make our economy move”, highlighted António Costa during the gala, underscoring that SME “are the root, the motor, and the muscle of the country’s economy”.

The performance for 2018, earned Eurotux the SME Excellence distinction for the seventh time, having already received the award in 2016, 2014, 2012, 2011, 2010, and 2009. “A recognition that constitutes a seal of reputation and solidity” for its clients, partners, and employees, as stated by Eurotux’s administrator, António José Coutinho.

In the past year, Eurotux experienced moments of great relevance for its immediate future, namely with the opening of its branch in Bragança, Portugal. An investment in the potential of the country’s interior, and in the attraction of new talents, as well as in internationalization, given the proximity to Spain. On the other hand, the company solidified its position as a player of reference on the market, in the planning, integration and implementation of information technology systems, providing solutions according customized according to clients’ needs. The SME Excellence 2018 distinction, strengthens the company’s prestige as it proceeds a path of sustained and solid growth.

Eurotux has strengthened ties with Red Hat and pre... 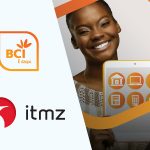 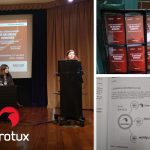