The event held a grand training session on the Local Digital Agenda (LDA) in order to reinforce the importance of this project for the mayors of the municipalities of northern Portugal and Galicia.

Eurotux’ participation was featured by the director of Consulting Services, Ricardo Oliveira, who had the opportunity to lecture a training session on the theme, demonstrating the company’s knowledge regarding LDA issues.

His session was supported by Eurotux’ experience with the Local Digital Agenda of Barcelos, a Portuguese municipality, focusing on key-stakeholders of LDA projects, as well as strategies and best technological practices in this field. In short, a strategic view of the best practices for creating an LDA was presented.

The LDA of Barcelos, in which Eurotux had an extensive involvement, was an important laboratory of initiatives where the northern Portuguese municipality promoted a close collaboration with the city’s civil society.

At this event, during two days of work, several training sessions concerning this issue were held, where the lecturers presented their experience in the field, and where the representatives of several municipalities exchanged their knowledge and experience.

The municipal government of Barcelos was represented at the highest level at the event, in particular by the participants with a greater impact regarding its LDA. The municipality of Porto also took part at the event.

The concept of the “Local Digital Agenda” is the result of a European strategic plan created in 2005, concerning the development of the information society for municipalities, cities and regions of Europe. Its objective is to bring citizens closer to their local governments through digital highways, with the collaboration of prominent local agents working in sectors that are crucial for citizens’ day-to-day lives, such as health services, education or culture.

The event held in Lalin, Spain, was organized by the “Eixo Atlântico”, a cross-border association, constituted by several cities of northern Portugal and Galicia that share a common goal of economic, social, cultural, scientific, and technological development of cities and regions in their geographic area. The session also had the support of the CCDR-N, the, Northern Coordination and Regional Development Commission. 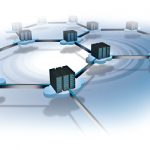