Eurotux is a technology partner of the 2014 European Korfball Championship

Korfball is a unique sport that promotes team spirit and equality, valuing human beings regardless of sex. The cooperative spirit of this sport and the inclusion of both sexes on the playing field establish a heterogeneous environment in which members with different characteristics come together for a common goal. This perspective can be easily transported to the business world where one can just as easily identify these factors in company’s activity. Eurotux specializes in integrating information technology systems, where cooperation with its clients, between its workers and the inclusion of every resource available, no matter how heterogeneous they are, determine the success of its projects. Eurotux’s sponsorship involves supplying the IT infrastructure required to organize the event.

According to the Portuguese Korfball Federation (FPC), “Euroutux has a proven track record of technical and operational skill. With a prepared response to the challenge the FPC placed on them, Eurotux was able to provide a solution that addresses the requirements established by the transfer of responsibility between the Portuguese Federation and the International Federation.

Jorge Paiva, Sales Director at Eurotux, says that “the recognition as an Event of Public Interest underscores its importance for the sport as well as for the region and for the country. Hosting this event in the city of Maia, Portugal, adds an extra stimulus to our dedication. The municipality of Maia is one of Eurotux’s oldest clients, benefiting from the continuous quality of the implemented solutions and the service provided”.

For the president of the Portuguese Korfball Federation, Mário Almeida, this acknowledgement of Public Interest by the SEDJ for the European Korfball Championship, “confirms at the highest level of National Sports, not only the sporting and touristic significance of the European Championship on the Maia European City of Sport Agenda, but also the unique characteristics of Korfball as a mixed team sport that draws a sustainable path of affirmation and growth, with regards to the sporting curriculum at the national level, as well as all variants that abide to recreational sports for all.”

Korfball exists in Portugal since 1985, having achieved good results at the international level and going through a very strong phase of national distribution and expansion. Those responsible for the sport, expect that the competition in an event of this scope and scale will get more enthusiasts to take up interest in the sport.

Eurotux is a company specializing in the planning, development, and integration, of information technology systems, with innovative and competitive proposals for exploring the benefits of data service infrastructures. The technical team consists of highly qualified professionals, not only in integration and administration systems, but also in software development. The company is dedicated to open source products that are inherently transparent, reliable and high performance. 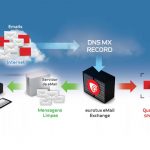 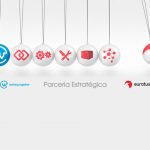