The Web Summit 2017 is coming up and Eurotux has already guaranteed its presence at the event, with a delegation that is going to focus on networking and sharing of experiences and knowledge, concerning the company’s field of business, in the Information Technology (IT) sector.

Having been present at the Web Summit 2016, in what is considered the world’s largest event on technology and innovation, Eurotux will also take part in the second edition to be held in Lisbon, Portugal, between November 6th and 9th. The focus will be on having privileged access to the sector’s major players. Eurotux calls out to its current customers and those who are not yet, to get in touch with the company’s professionals during the event.

The conference bring to Portugal more than 20 thousand companies, 1200 renowned speakers, and roughly 60 thousand participants, with the top themes including digital transformation, and Artificial Intelligence. During the Web Summit there will be a chance to reveal some of the major novelties of the IT sector. Cisco, Eurotux’s partner, will allow visitors to learn about the open source platform, DevNet, bringing to Lisbon some of their top specialists in the fields of Artificial Intelligence and Business Development. IBM, of whom Eurotux is a Gold Business Partner, will also present some demonstrations of innovative technology, namely in the fields of the Internet of Things, IBM Cloud, Blockchain, and Cognitive Experience.

Renowned speakers in the field of IT will have a guaranteed presence at the event, some which for companies pertaining to Eurotux’s portfolio of business partners, as is the case with Brad Smith, President of the Microsoft Corporation, Mark Hurd, CEO of Oracle, and Pat Gelsinger, CEO of WMware. And Dinheiro Vivo, a Portuguese financial newspaper, whose website was implemented by Eurotux’s web development team, is the official media partner for the event. It also includes the participation of figures, such as the United Nations’ Secretary General, António Guterres, the former president of France, François Hollande, the former United States vice-president Al Gore, the European Commissioner for Competition, Magrethe Vestager, and the European Commissioner for Security, Julian King. This VIP list will also be joined by many celebrities from the world of fashion, cinema, and sports, as well as the robots, Professor Einstein and Sophia, promising to be the sensation of the event.

You can keep up with all the details of the Web Summit 2017 on Eurotux’s social networks. We will share with you the more relevant details of the event. If you’re passing by the MEO Arena, which is hosting the conference, don’t hesitate to drop by for an informal meeting or a cup of coffee. 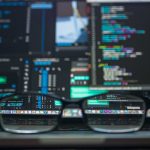 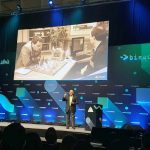