Madeira & Madeira invested in the installation of the IBM POWER 9, the latest technology launched by the American technology giant, to significantly improve its Information Technology (IT) infrastructure, with the help of Eurotux.

Madeira & Madeira, S.A. is a company located in Mealhada, Portugal, dedicated to the import and sales of machines, tools, and hardware in the Iberian market, as well as Angola, Cape Verde, and Mozambique. It’s business is based on the IBM’s POWER technology platform, which supports a software known as ERP Power, supplied by the company all@work. The ERP (Enterprise Resources Planning) is used in finance, billing, and inventory management, the latter being interconnected with EFACEC’s automated warehouse. This system’s main potential is its customization, usability, and security/stability.

Within the scope of the acquisition process, Eurotux will be responsible for the installation, configuration, and migration of the current system to the POWER 9. The company is widely renowned for its experience in this field, with the largest IBM POWER client base in Portugal. It also holds the IBM Gold Business Partner status, which recognizes the excellence of its employee’s technical qualifications and its client’s satisfaction with the services provided.

To learn more about how Eurotux can help your company to improve its IT infrastructure, get in touch with us. We have the right solution for your business! 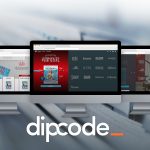 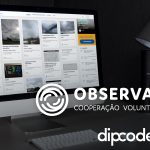