Fersil, known as the leading Portuguese producer of tubes and fittings, became a Eurotux client in 2016, with the implementation of an IBM Power 8 in its IT infrastructure in Portugal and Angola.

In order to consolidate the various x86 and IBM Power, as well as implement a VMWare environment to replace the current cluster, this time the investment was in a new IBM® FlashSystem® 5030 storage virtualized equipment.

The migration of its old storage to the new equipment was performed with the support of Eurotux’s services, being centralized in this new cluster all the technological infrastructure of Fersil.

This project has allowed Fersil to increase data availability and improve the performance of its infrastructure, as well as to simplify its overall management, obtaining greater flexibility in management, and operations.

According to one of the project team’s system administrators, Francisco Ribeiro, “the client acquired this FlashSystem with a set of licenses, including encryption, which protects sensitive data in case of storage theft. If the device is turned off, in order to turn it on again and allow access to data, a flashdrive configured as a decryption key is needed. This feature provides greater security to the equipment”.

About the IBM FlashSystem 5030

The IBM FlashSystem 5030, formerly known as IBM Storwise V5030E, is the third generation of storage in the FlashSystem family, and uses all-flash technology.

We highlight the following features:

The Fersil Group has consolidated throughout its history as a leader in piping systems in Portugal, Central and Eastern Africa. Headquartered in Cesar, municipality of Oliveira de Azeméis, with a large industrial park with more than 200,000 m2, with several specialized plants with an installed capacity of 52,000 tons/year, using the most modern technologies in the design, development, production and control of a wide range of pipes and fittings, for the most diverse applications and following the highest quality standards.

They are dedicated to the creation, development and manufacture of plastic pipe systems, intended for the construction of buildings, infrastructure works, agricultural irrigation networks, gardening for domestic use, technical and industrial applications. Counting on three production centers distributed over two continents, the group’s companies are distinguished by quality, innovation and business ethics in the countries where they operate and market their wide range of products.

The Fersil Group began its journey in 1978 with the company FERSIL – Freitas & Silva, to which IBOTEC – Indústria de Tubagens was associated, five years later, in a perspective of expansion of its action in the market.

Seeking to continue its successful trajectory and to reinforce its positioning in Africa, the Group inaugurated, in 2007, a new and modern manufacturing unit in Angola, FIL – Tubos Angola, Lda., having emerged, five years later, Fersil Moçambique, Lda. that for strategic reasons was demobilized in 2020. In view of the complementarity of the Group’s companies and in response to the demands of the product distribution process, Themaguia – Exportação e Importação was created in 2009. 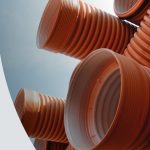 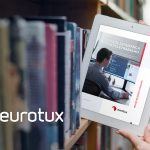