Caixatec’s business strategy is a successful example of reducing costs and streamlining business processes. By outsourcing their IT infrastructure they can focus on what really matters – their business.

Since the start of Caixatec, Eurotux has been its IT infrastructure provider. Right from the onset, quality of service was the fundamental requirement for a company that demands a reliable, scalable and transparent service. The high availability and performance of Eurotux’s infrastructure has addressed the demanding needs for technological resources of Caixatec’s projects for several years, developing a sustainable relationship. With this renewal Caixatec includes more services and support, deepening its relationship with and confidence in Eurotux. Caixatec has sustained its growth with Eurotux services.

José Afonso Serra, Caixatec administrator, says that: “the set of services provided by Eurotux and the collaboration model applied, allows Caixatec to benefit from total and immediate flexibility of the infrastructure’s configuration when tackling the evolution and typology of projects that it is involved with, guaranteeing a permanently up-to-date technology. Eurotux’s demonstrated know-how has allowed for the continuous development of projects within a particularly demanding context for the Group that Caixatec is part of.”

Jorge Paiva, Sales Director at Eurotux, says that “the fact that Caixatec has renewed the service contract demonstrates its confidence in Eurotux and the value of its services. Our goal is to help companies to focus on their core business in order to reach their financial-economic objectives with a high quality service.”

Caixatec came about in January 2007 from a merger that integrated Imoportal.com – Multimedia S.A. with a set of Caixaweb SGPS assets. Caixatec steps up as a player dedicated to new media solutions, where in addition to solutions currently in production in the areas of real estate, collaborative platforms and websites for the CGD group (Caixa Geral de Depósitos, Portugal’s largest and state-owned banking corporation), it is also responsible for the management and broadcasting of CGD’s electronic communications, through the management of its CorporateTV and the conducting of online surveys. 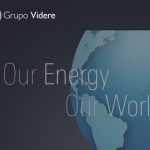 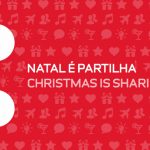