With the profound know-how it possesses in the specific fields in which it operates, Eurotux has consolidated its position as a player of reference in the information technology market. It has significantly expanded its client base, staking an interesting position in light of its repertoire of services. As a result of its performance quality and risk profile, the IAPMEI has awarded Eurotux with the 2014 SME Leader status, publicly acknowledging the success of its business strategy and the importance of the company’s contribution to the national economy, as well as local job creation and development.

The SME Leader status is awarded by the IAPMEI and in the case of companies in the tourism sector, by Turismo de Portugal, under the scope of the FINCRESCE Program, in partnership with banking group operating in Portugal. Its criteria are based on superior performance and a well positioned risk profile, focusing on small and medium enterprises that follow strategies for growth and competitiveness enhancement. As well as the public recognition of quality and performance, the SME Leader status boosts the company’s image and market reputation. 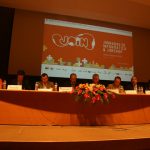 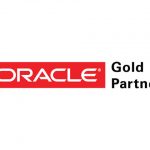 Eurotux is an Oracle Gold Partner