IBM distinguishes Eurotux as the Hardware Partner Revelation of the year

Eurotux was recognized for its performance in this year’s edition of the IBM Ecostystem Innovation Summit. The event, held last Wednesday at the Lisbon IBM Client Center, was attended by over one hundred representatives of the IBM business partner network.

Ricardo Oliveira, Director of Consulting Services, accepted the award on behalf of Eurotux.  The conference was also attended by Robert A. Sherman, the Ambassador of the United States of America in Portugal.

According to Jorge Paiva, Sales Director at Eurotux, “this distinction acknowledges Eurotux’s work in the field of IT infrastructure. We’ve worked with a holistic perspective, offering solutions that, in addition to hardware, integrate our support and operational maintenance services. In this way, our clients can focus on their business while they have a team of experts managing their IT infrastructure”.

He adds that “the partnership between IBM and Eurotux has existed for several years, but it was in the last two years that the companies have strengthened their relationship, and the results have been very positive.”

During the event, other partners were also recognized, while the brand’s new channel strategy was revealed.

Partners and categories that were awarded: 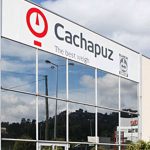 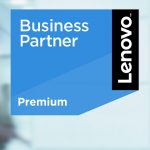