IBM has announced a significant expansion of its Power10 server line-up with the introduction of mid-range systems to modernise, secure and automate business applications and IT operations to help its customers meet new business demands.

Successful companies invest in many different areas, such as Cloud, Hybrid Cloud or Multicloud, SAP HANA, Artificial Intelligence, Big Data, Analytics, Linux, etc. Technology plays a critical role in these areas and IBM responds consistently, both by ensuring current performance, with current applications, and by ensuring in the future the decisions that will be made. All this with servers that combine performance, scalability and flexibility, notably through new “pay-as-you-go” consumer offerings, for example, where new services can be performed in multiple environments.

Stability and reliability are hallmarks of these solutions. In fact, according to ITIC’s survey of 1200 corporations in 28 markets, IBM Power has an availability rate of 99.999% or higher. The platform is renowned for its ability to scale and adjust performance according to clients’ needs, as well as its enviable virtualisation capabilities and security, which guarantees better isolation and integrated resources.

All this without neglecting the traditional brand image in terms of the “Security” of application compatibility since the launch of the IBM System 36, more than 30 years ago. Even today there are applications created in an IBM System/36 environment running fully on today’s IBM Power without any code rewriting.

Eurotux is the IBM Partner with the largest installed base of IBM Power servers and has recently received the “Systems Autonomy Partner” award from IBM. With the launch of this IBM offer, Eurotux is prepared to provide its clients with an upgrade of IBM Power servers, making available a competitive commercial offer with an good cost/performance ratio. All this while ensuring current functionality. 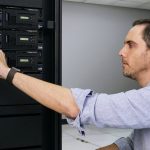 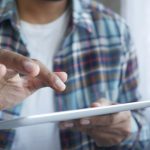