Domingos de Sousa & Filhos, S.A., a renowned company in the textile industry, has recently updated its information technology (IT) infrastructure. Eurotux was responsible for implementing the project.

The project followed a strategy for technological consolidation. Domingos de Sousa’s previous IT infrastructure was based on several independent physical servers, supporting several of the company’s IT services. The new solution featured the virtualization of these servers and their integration on Lenovo and IBM Storwize storage servers.

Eurotux’s recognized technical expertise was decisive for implementing the project. In addition to integrating the previously mentioned components, the company was responsible for migrating services to the new infrastructure and for implementing local backup solutions, and enabling offsite exporting.

The virtualization of these servers and the consolidation of the IT infrastructure contributed to cost reduction, increased availability and process automation. The renovation ensures the security, availability, and scalability that Domingos de Sousa needs to address its IT needs for the foreseeable future.

Founded in 1961, Domingo de Sousa & Filhos, S.A. is a company of reference in the textile industry, specializing in Jacquard terrycloth. It supplies large retailers and international distributors, offering mid and high range customizable high quality products. Presently, it exports mainly to European states, as well as Japan and the USA. 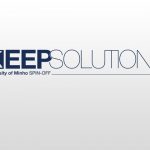 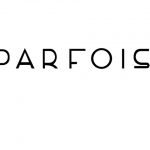